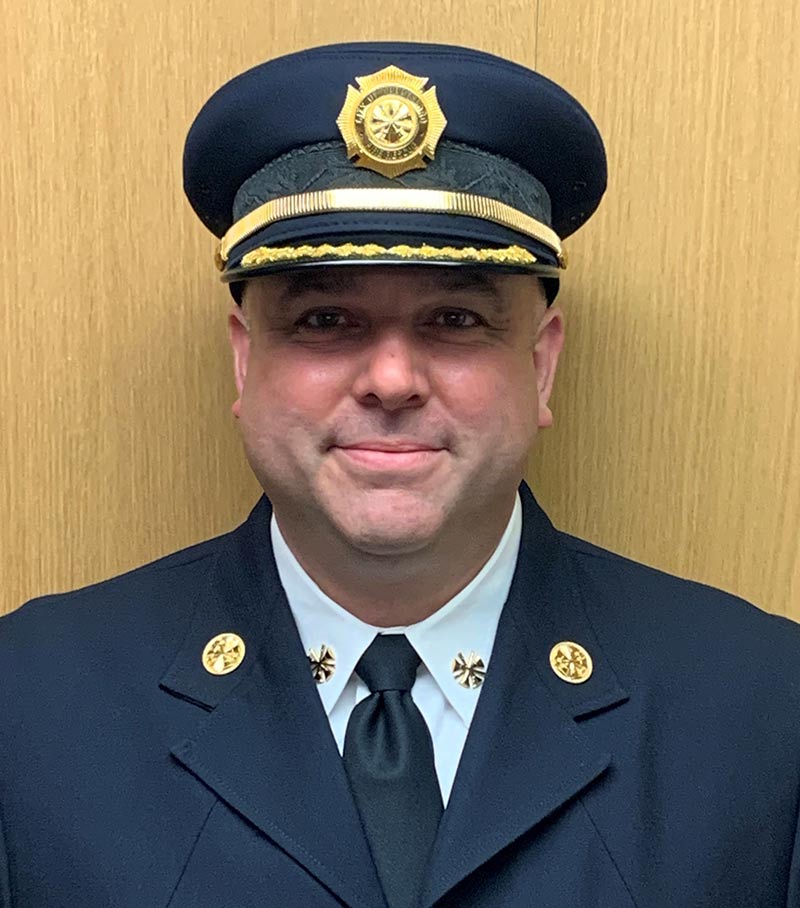 Brad Currently serves as the Deputy Fire Chief of Community Safety with the Abbotsford Fire Rescue Service (AFRS). Brad is responsible for leading AFRS’s Training Division, Fire Prevention Division and Emergency Program. Brad began his career in Abbotsford on September of 2021. One month into his tenure with Abbotsford, Brad was seconded to act as the Director of Abbotsford’s Emergency Operations Centre (EOC) and was responsible for leading the City’s response to the 2021 Extreme Weather/Flooding event.

Brad worked as the Assistant Fire Chief of Professional Development and Training with the District of North Vancouver and Fire & Rescue (DNVFS) from August, 2017 until September,2021. Brad began his career with the DNVFRS as a probationary career firefighter in April, 2003.

Early in his career, he took a keen interest in training, obtaining instructor qualifications in several disciplines. He went on to serve as the lead instructor for the DNVFRS in vehicle extrication, first medical responder, and technical rope rescue. In addition to Training and Professional Development, Brad was responsible for administering the DNVFRS ProBoard Accreditation Program, the Fire Department’s technical rescue equipment portfolio, acting as the liaison to the medical oversight for the department, and was a member of several fire department committees.

Brad has also worked as an Instructor with Ronin Safety and Rescue as well as the Training Division Firefighter Training Organization.