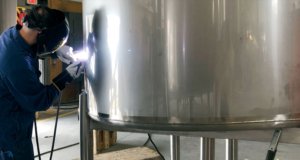 Ripley: Safety as a family affair

The next generation is pushing safety protocols forward

By Ada Slivinksi – Ripley Stainless in Summerland, BC, turns 40 this year. Lara Hughes, the company’s human resources and safety professional, turns 41. The daughter of President Ed Ripley, she has run around the shop since she was a toddler.

Years ago, there were no safety restraints,” says Hughes. “Back in 1979, when we first started, we did probably nothing. We didn’t wear respirators; our welders didn’t wear long sleeves when they were welding,” Hughes adds.

A REALITY CHECK CAME WHEN RIPLEY WAS WORKING ALONE AND FELL INTO WINE TANK.

“He knocked his breath out. I remember hearing that story as a kid. I remember thinking –‘that was dumb,’” says Hughes. Today, the company has a policy that no one can work in the shop alone.

In 2018, the regulation was updated. “It was quite a long year for me wrapping my head around this,” Hughes says, “reading the old version, reading what it should be, and partnering with the Safety Alliance, partnering with Green Seal Safety to teach our staff about the importance of confined space and what it means to Ripley.”

Part of the process was scaling the manual and required documentation forms back to what was really necessary for their particular situation.

Originally, for their confined space rescue, Ripley had a team of two rescue people; today, they have six, just in case somebody is away. Any time there is a new tank configuration that they haven’t done a rescue on, they will do a trial.

“It really feels real when you put a real human in a rescue,” said Hughes. “‘Justin’ is our dummy, and it kind of feels somewhat dangerous—but when the rescue team used me for practice, for some reason you just panic. I’m not in any way in danger, but this makes it real!”

It really feels real when you put a real human in a rescue.

At Ripley, they have also educated their team on mental health, ergonomics, and workplace inclusion. The core focus of Ripley’s safety education, however, is prevention—as Hughes says, “Being pre-prepared for those horrible moments and hoping it never happens.” 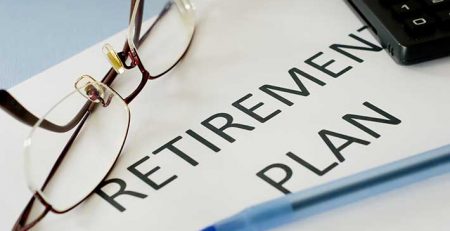 Automation, safeguarding, and machine safety in the workplace

Helping employees affected by the crisis in Ukraine