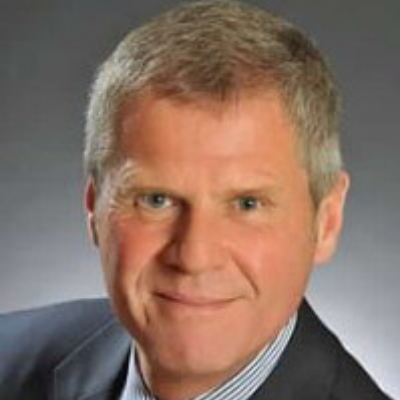 ​Jayson Myers is the Chief Executive Officer of Next Generation Manufacturing Canada, the not-for-profit corporation leading Canada’s Advanced Manufacturing Supercluster, an initiative funded by the Government of Canada that will leverage more than $500 million over the next three years in collaborative, industry-led projects aimed at building world-leading advanced manufacturing capabilities in Canada.

Myers is an award-winning business economist who specializes in industrial and technological change. Between 2007 and 2016, he served as President & CEO of Canadian Manufacturers & Exporters, Canada’s largest industry and trade association. In 2017 and 2018, he headed up the policy office for the Canadian Chamber of Commerce. He was the founding Chair of the Canadian Manufacturing Coalition, Vice Chair of Canada’s National Roundtable on Skills, and Vice Chair of the Ontario and Great Lakes Manufacturing Councils. He is currently a member of the Advisory Board of the World Manufacturing Forum and a Board member of the Trillium Network for Advanced Manufacturing and the Macdonald Laurier Institute.

Myers has been widely recognized as one of the most influential policy advocates and champions for manufacturing in Canada. He is an advisor to both private and public sector leaders, and has counselled Canadian prime ministers and premiers, as well as senior corporate executives and policymakers around the world. As Principal of Jayson Myers Public Affairs, he helps organizations identify and manage opportunities arising from the changes that are reshaping industry and international business.

Cybersecurity and IoT in the Plant: New risks in industrial IT and machine safeguarding

Automation and the industrial Internet of Things (IoT) technology is reshaping production plants around the world. Smart sensors and devices can prevent injury, predict maintenance issues, and improve productivity. But these smart technologies and increased digital connectivity present new risks employers may not be ready to address. Hear from experts in this webinar on-demand.